Here is the first article in a series about Africa. We start with the Rogerson’s story of a once in a lifetime bucket list safari in Tanzania.

The Rogerson’s family recently returned from Tanzania. We asked them ‘What were the highlights of your journey?’

“Why Tanzania? Ngorongoro crater, chimpanzees, Zanzibar and Stone Town, the Great Migration, tanzanite… the special special people at the luxury camps, …maybe it’s just the reaction when people ask you where you’re going?

It’s only when you get to some places that you realise that’s it’s not a ‘box ticker’ and there are already plans to return. Who knew that the only place to see chimps in their natural environment was Tanzania?”

So we asked ‘What really stood out?’

“It’s the little things like cooling off in a pool right next to a river filled with honking hippos while being served an Amarula on ice; being under full sail on a mahogany dhow sipping on a Stoney; experiencing the exotic sights and smells of Stone Town, or having breakfast cooked for you in the Serengeti as the wildebeest and zebra look on.”

Tanzania is the untamed half of east Africa, the raw safari experience that first drew explorers from around the world, home to endless savannah, volcanic mountains, the Great Migration and the towering walls of the Ngorongoro Crater. This fresh and unspoilt country is a mecca for the avid traveller. The Rogerson’s travelled into Arusha, then to the Grumeti and into the Serengeti before finishing their journey in Zanzibar. The east coast of Tanzania is blessed with the dazzling white beaches and warm waters of the Indian Ocean, home to world-class scuba diving and thrilling deep sea fishing. Colourful and exotic, Zanzibar fires the imagination with its beautiful scenery and fascinating history as a spice port. Now a UNESCO World Heritage Site, the island’s ancient capital of Stone Town hides its singular character and distinct charm within a labyrinth of winding alleyways and ornate doorways.

From its eastern coast, where the fortunate can swim with dolphins or laze on pristine beaches, to the mysterious untamed west, where chimpanzees live on the shores of vast Lake Tanganyika, a Tanzania safari is a collection of sights and scenery that make the soul soar.

What to expect on safari in Tanzania

The essence of Tanzania safaris lies in the country’s magnificent landscapes, from skies that stretch as far as the imagination to rolling expanses of golden savannah. While tourism is well developed in the country and the facilities provided are excellent, Tanzania manages to retain much of its innocence and untouched character.

Whether you are travelling by road or by light aircraft, the sheer size of the country is staggering.  Each part of the country is vastly different and strikingly unique. Tanzania is unbeaten for sheer variety of landscape, offering majestic craters, lush forests, sweeping plains and baobab-studded bushveld, crowned by the deep blue of the ocean and its pure white shores. Tanzania safari holidays have developed a great deal and Tanzania safari companies have broadened their offering to appeal to a wide range of tastes and budgets. Light aircraft travel allows guests to combine far-flung destinations into shorter journeys. Accommodation ranges from simpler, cheaper options to Tanzania luxury safari. Most of the country’s national parks boast excellent big game and several are home to the Big Five, although rhino are scarce in Tanzania. Overland journeys remain popular and popular Tanzania safari packages link the gateway towns of Arusha and Kilimanjaro to the Serengeti and beyond via the craggy rim of the Ngorongoro Crater and its verdant highlands.

A safari in Tanzania can take many forms. Some safaris are designed to cater for those who desire all the comforts and convenience of home, including luxuries like air conditioning and satellite television, while other create an authentic bush experience for travellers seeking to disconnect from the modern world and get closer to nature. A Tanzania luxury safari usually consists of daily game drives that bring guests face to face with the majesty of nature viewed from a custom safari vehicle and introduced by an expert guide.  Those in search of a little more adventure can set out on foot or horseback, sleeping on the trail in mobile fly camps that are set up for the night and taken down in the morning but are by no means light on comfort and even a little luxury. Travellers keen for an authentic experience but not eager for roughing it might consider luxury accommodation that offers a wide range of adventurous activities, like running with Masai warriors or tracking giraffe. In the west, the forests of Mahale are perfect for tracking the fascinating families of chimpanzees that call it home. Tanzania also now has efficient flight links to neighbouring Rwanda and Uganda, where visitors can explore some of the best gorilla tracking areas in the world.

To experience the full Tanzania safari tour, it is best to do a comprehensive circuit of the country, spending some time in each unique area. After a night or two in Arusha (perhaps heading up to Meru for canoeing or hiking part of the way up Kilimanjaro), fly out to Lake Manyara and walk or cycle along the lakeshore looking out at the flamingos. From there, travel to the rim of the largest intact caldera in the world and explore the sheltered Eden on the floor of the Ngorongoro Crater. Beyond that the endless Serengeti awaits and travellers can spend long sunny days in the savannah, seeking out herds of game and watching the gripping interactions between predator and prey. This massive reserve can be divided into a northern, central and western section, each of which has its own defining characteristics. Seek out the Migration on a carefully timed safari planned to intercept the slow annual progress of the mega-herd or simply marvel at the abundance of resident game and spectacular scenery. Once your longing for the Serengeti has been sated, a feast of new experiences still awaits.  Head west to the remote shores of Tanganyika or the gorilla forests of Rwanda or Uganda, east to the vibrant coast or south to the remote southern parks. 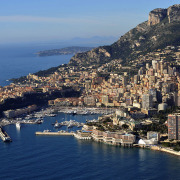 10 ways to begin an immersive journey to the French Riviera. 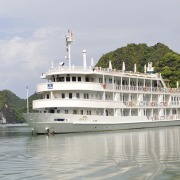 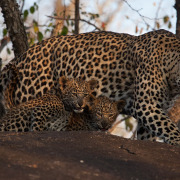 How To Really Immerse Yourself On An African Safari!